So, as a number of you know, I have been set some challenges to complete for charity over the 12 Days of Christmas. Sally set me a challenge to post two book reviews: one of my favourite book I’ve read this year, and one of my least favourite.

As an English Literature student, I really appreciate this challenge: firstly because it forces me to review all of the books I’ve read this year (which is a lot, but still not enough) and secondly gives me an excuse to write about novels in a non-academic style. I haven’t done this in a while, so forgive me if they’re not very well-written… Anyway, here goes. 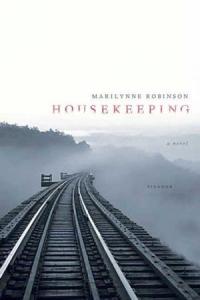 I was surprised when I picked up this rather slim, award-winning volume at the beginning of my reading week last term. For those of you who aren’t English students, I should explain that we have a week’s break in our term, almost like a half-term, to allow us to catch up with our reading. As we supposedly have more time to read over this week, tutors usually set us the longer novels to read. But my tutor of the North American Women Writers module set us Housekeeping, saying we needed some time to “just enjoy it”.

And that leads me to my review. After finishing the novel I realised exactly what my tutor meant – Housekeeping is certainly not a novel to be rushed through, which English students often, if not always, tend to do. It is a novel to be savoured, read slowly, reflected upon. We are immediately drawn into Robinson’s haunted, ethereal world by her descriptions of the history of Ruth and Lucille, the main characters. Her style of writing is extremely fluid, and at times seems to flit from prose to poetry – even though the novel’s form remains the same, Robinson’s writing feels lyrical and almost poetic. The quick negation of any significant male character in the story at the very beginning establishes the title; the novel is dominated by women and of course, housekeeping is traditionally a task carried out by women.

Ruth and Lucille are shunted from the care of their mother to their grandmother, and then to their great-aunts, presenting the difficulty of keeping house in any kind of capacity. The book mainly focuses on the girls’ experiences living with their eccentric aunt Sylvie, who neglects conventional housekeeping yet attempts it in unconventional ways, like collecting piles of newspapers. We see the girls grow up through the eyes of Ruth, and how the idea of “playing house” changes as people change. As the book reaches its dramatic ending, it becomes clear that housekeeping is somewhat futile, because a woman’s notion of what “home” truly is constantly changes.

The story, as well as Robinson’s beautiful language and metaphor, will leave an imprint on your mind, and you’ll want to return to it again and again. This is by far one of the most thought-provoking novels I’ve ever read, because it subtly highlights exactly what family is about. It’s not about tradition, chores or fulfilling roles, but simply being there for one another.

“Families will not be broken. Curse and expel them, send their children wandering, drown them in floods and fires, and old women will make songs of all these sorrows and sit on the porch and sing them on mild evenings.” 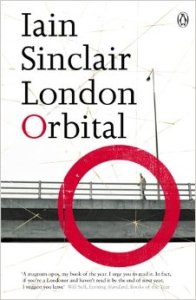 As an English student, writing a review about a book I don’t like is pretty tough. When you write an essay, discussing novels you hate can actually be quite useful as generally your argument is stronger if you have strong opinions about a book, but a review is another beast altogether.

A number of people have called London Orbital a “masterpiece”, and honestly, I can really see why. Sinclair discusses some really important themes relevant to post-millennium suburbia and delves deeply into the history of London and the M25. And the circular nature of both the motorway and the novel is really interesting to analyse in an essay, but… I didn’t really get it.

The bio of the novel sells it enormously, marking Sinclair going on an epic circuit of the dark boundaries of the M25. I imagined thieves, escaped convicts, wolves, and terrible supernatural beings… But no, there is nothing of the kind. A couple of creepy asylums at most, but nothing much more unexpected than that. Although Sinclair makes his aims very clear – that he is to make a walking tour of the M25 – the aim of the actual novel is less obvious. There almost certainly isn’t an aim; the book attempts to become an outlet for his musings and wanderings, with observations and streams of consciousness, which never quite amount to any kind of plot. I must admit, the daunting length of the book (500 pages and almost 250,000 words) and lack of pictures was also a bit of a turn-off.

Halfway through reading, I must admit I did adjust to the style of the book a little better – I realised that it was not compulsory to understand every tiny detail (I followed Sinclair’s journey through Kent more, because I am more familiar with the surroundings and that probably interested me more, too) and learned to gloss over the minor things and look at the bigger picture of the book more. I also thought that perhaps I would benefit more to re-read the novel with the aid of a map.

Overall, although I did find that London Orbital has some interesting points for analysis, it is not a book I would read for general enjoyment. I did not find it fulfilling, and it felt more like a geographical encyclopedia of urban ramblings. But if that’s your sort of thing, then don’t let my review put you off!

“The line of traffic advancing towards the rising sun looked like a procession of the returning dead. Every one of them, solitaries in clean shirts, smoking, checking mirrors to see if their reflections were still there, wore dark glasses.”

Journalist and editor from the UK. View more posts